Lighthouse media resources are available in the north vestibule of the church.
Visit the Lighthouse Media website to learn more.
Lighthouse Catholic Media

For those of you who would like to learn more about our beautiful Catholic faith, we’ve now got some great on-line resources available to every member of our parish through a new program called Formed. This online program includes a variety of free resources, including on-line books, movies, podcasts, and faith formation programs for people of all ages. In order to access these resources, just go to: www.formed.org and click on “Find Out More” at the bottom of the homepage. You will be taken to page where you can enter a parish code to get access to the resources. Our parish code is: Y6ZQ8M. (If you forget the code, you can always get it by calling our parish office.) Once you’ve logged in under our parish code, you can create your personal profile and login. Our parish is paying an annual fee for this service, so please make use of this terrific resource!
GO TO FORMED.ORG

St. Ann is one of the few parishes in the Diocese of Charlotte to offer the Mass in the Extraordinary Form (the Latin Mass) on a regular basis. The Mass schedule is as follows: 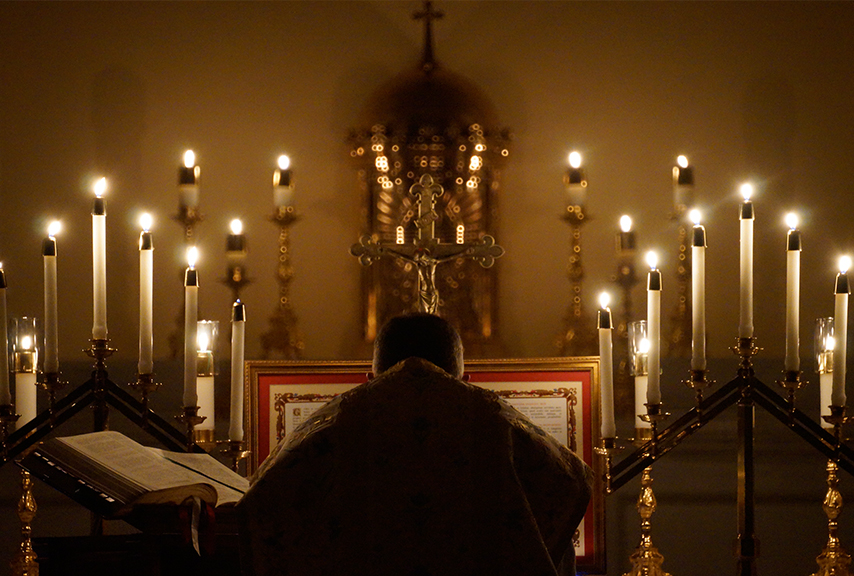 “What earlier generations held as sacred, remains sacred and great for us too, and it cannot be all of a sudden entirely forbidden or even considered harmful. It behooves all of us to preserve the riches which have developed in the Church’s faith and prayer, and to give them their proper place.” — Pope Benedict XVI’s Moto Proprio, Summorum Pontificum, 2007.

Q. I don’t know Latin. How am I supposed to know what is happening during Mass?

A. Easy-to-use booklets are available at the back of the church for you to borrow for the duration of Mass. These red booklets have the words in Latin on the left and in English on the right. They also include illustrations to help you follow the movements of the Mass, as well as brief explanations about the parts of the Mass.

Q. Why is it so quiet during Mass? I can’t hear what the priest is saying!

A. During most of the Mass the priest prays to God on our behalf in a low voice. It is not necessary to hear what he is saying, however, you may follow along in the Mass booklet or Missal. This silence means there are less distractions and more time to meditate on the mysteries of our Faith and on Christ’s love for us.

Q. Why don’t we get to say anything? I want to participate in the Mass, too!

A. Since Vatican II, many people have become used to the idea of the laity having specific verbal or physical opportunities to participate in the liturgy. This idea comes from the Latin term participatio actuosa. However, the actual meaning of this “active participation” specifically refers to an interior participation by being attentive during Mass, praying, and giving thanks to God for His many gifts. Our prayers are joined with the entire Communion of Saints who are worshiping God along with us during the Mass. While we cannot see or hear them, they are there – actively participating, too. So, while you may be quiet and still on the outside, your mind and soul should be very active during Mass.

Q. Why do some women wear veils? Do I need one?

A. Women traditionally were required under canon law to cover their heads during Mass. While this tradition fell out of practice after Vatican II, it is still appropriate for women to veil their heads, but not required. Many women view it as a way to give honor to God present in the Holy Eucharist, and also as an act of humility.

Una Voce America – Support and resources for the Latin Mass

Technical Note:  Although the talk is included in its entirety, due to technical error the video was lost for part of the talk. During this time audio along with images were inserted to fill the gap. No content was lost.

During the talk, Fr. Barone mentioned two books and an Apostolic Constitution from Pope St. John XXIII. Click the following links to find these resources:

Books
Treasure and Tradition, the Ultimate Guide to the Latin Mass by Lisa Bergman
The Mass in Slow Motion, by Rev. Ronald Knox